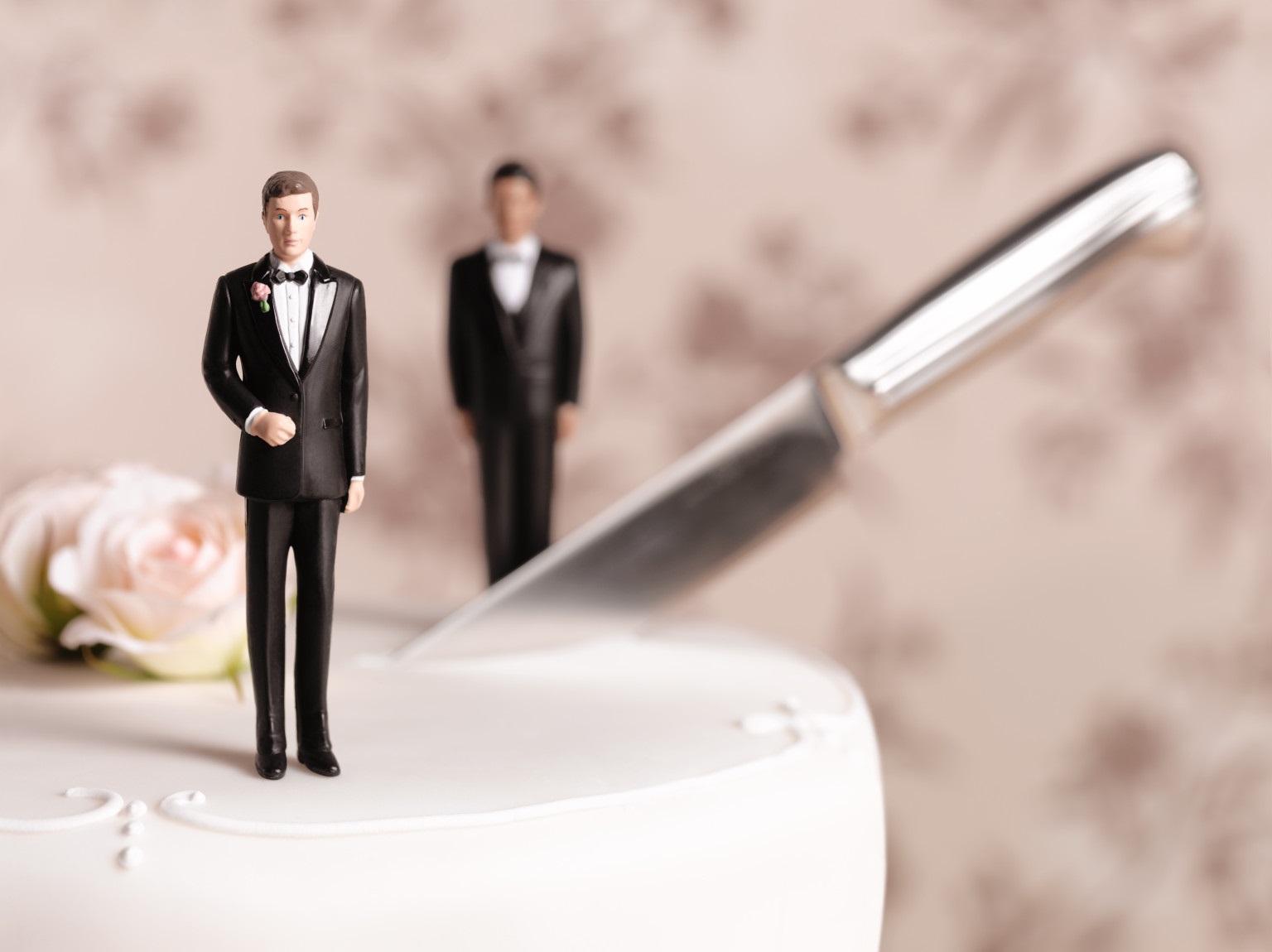 In a rambling, 16-thousand word decision, the U.S. Supreme Court decided that a Texas statute declaring it a crime for two people, of the same sex, to participate in specific intimate sexual conduct violated the Due Process Clause of the Constitution.

Despite the length, states are still struggling to come to terms with what the ruling means in a variety of situations. For example, gay divorce.

The Texas case is just one of many where the laws which are on the books don’t match the progress made in the fight for equality. When it comes to legislation judges and courts often find their hands tied by 20th-century laws while trying to deal with 21st-century questions.

But first, the story behind the Texas case which brought all this up.

Facts Of The Case

Houston police responded to reports of ‘weapons disturbance’ in a private residence. When the cops entered the apartment, they found two adult men engaged in a private, consensual sexual act. Both men were arrested and eventually convicted of deviate sexual behavior which violated a Texas statute which forbid two persons of the same sex from having sex. The State Court of Appeals determined the law was not unconstitutional under the Due Process Clause of the Fourteenth Amendment.

Did the criminal convictions of both men under the “homosexual conduct” law violate the Fourteenth Amendment which guarantees equal protection under the law?

Since the activity, sexual intercourse, would be legal by a different-sex couple, is there some discrimination, and there a violation of the Constitution involved?

In answer to the conundrum, SCOTUS ruled no, yes and yes. In a 6-3 opinion, the court determined the Texas statute violated the mens’ right to Due Process.

If life were only so simple. Enter New York State, its laws about gay divorce and Bill Clinton.

In 1998 America was preoccupied with the idea of the Clinton scandal being reduced to the possibility of oral sex constituting adulterous behavior. Clinton had told Monica Lewinsky that oral sex could not be adultery and it was the same argument he made to Gennifer Flowers and other women.

The distinction was part of Clinton’s legal strategy in his numerous sex scandals. Bill wasn’t the first husband to endeavor to differentiate oral sex from adultery. He was seeking to exploit a legal interpretation which emerged from post—World War II’s program of fault divorce. That view said only vaginal sex should be counted as adultery.

With that in mind, the country’s judicial system repeatedly ruled that men and women could engage in a variety of sex acts — which the courts accepted as sodomy — and still claim they had not erred. The separation of sodomy from adultery opened the door to allow cheating husbands to claim they had not engaged in infidelity.

Clinton’s constituents may not have noticed a difference between sodomy and adultery in the 1990s, but jurists in the early 1950s did.

In 1951, Louis Cohen, a New Yorker, crisscrossed the Hudson River for a little playtime with a man in New Jersey. When cops discovered Cohen — in the act — the New Jersey court adjudged him of sodomy and confined him for seven years.

Cohen’s wife, Ruth, filed for dissolution in New York where she resided with Louis. New York granted divorces in cases of adultery, but the Supreme Court of New York ruled sodomy was separate from adultery and therefore would not give Ruth her coveted divorce. She remained wedded to her incarcerated spouse.

Ruth’s situation was rate, but there were additional wives in New York who ran into the same problem when their husbands cheated with other males. In one case, a woman could not obtain a divorce even after her husband had sexually violated her son. An attack on a girl would have supported a divorce since that would be seen by the courts as “real sex” and a kind of adultery.

Occasionally the confusion over what is and is not adultery spills into the arena of gay marriage.

Many states, including New York, will not include marital property assets acquired during the years a gay couple were together without being legally married.

In what is being a sign of increasing equality, gay people are taking advantage of every loophole of the legal system to pillory their exes.  That was the situation for a 60-year old man we’ll call Jeffrey. His ex, a man we’ll call Carl, were partners for over 15-years. Living in California, the pair married. After a move to New York City, the relationship crumbled.

There were angry outbursts, calls to the police and threats. Unable to continue to live in that environment Jeffry walked out of their New York City apartment, caught a cab to La Guardia and planned to head to Florida. Because of the late hour, Jeffrey was unable to find a flight, and he chose to sit in the airport all night then go back to Carl.

Jeffrey knew the relationship had to be ended, but because of the interstate relationship, he wasn’t sure how to handle a legal divorce. Once he got to Florida, he intended to at least change his will. The attorney he chose didn’t have a clue about New York laws and told Jeffrey to just “throw Carl out.”

Since they were married, Jeffrey first had to get an order of protection, and the New York cops refused to serve it. The NYPD termed Jeffrey’s problem a ‘roommate matter” and sent him to landlord-tenant court. The mistake was corrected but the divorce drug on.

Finally able to begin the divorce proceedings, Jeffrey did so. He eventually paid more than $60,000 for the divorce decree.

“Gay folks are not equipped to deal with what comes with marriage,” Jeffrey said. “Not a clue what they’re getting into.”