Be Aware of Possible Religious Impact of Divorce 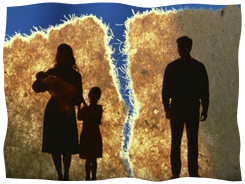 Summer is right around the corner and that means a lot of people getting married. Some will just want to go to the courthouse to say their ‘I do’s’ while others will spend way too much money to host the social event of the year. Regardless of what size wedding, both will help the couple achieve their goal of getting married.

Today, most people realize that not every couple stays together “until death” makes them part. Actually, some studies show that about 50 percent of couples that get married will end up getting divorced. The divorce proceedings can have profound impact, both legally and religiously.

Recently there was a case in New York that throws a little light on the situation. A couple, both Orthodox Jews, married in 2000. Being one of the 50-percenters, they eventually decided to get a divorce and head their separate ways. A trip to the courthouse and the state acknowledged their desire to split up and granted the coveted divorce decree. Just one problem. Their religion didn’t allow the divorce under the circumstances.

Since the maybe-he-is-maybe-he-isn’t-divorced groom refused to follow Jewish law and give his soon-to-be-ex-wife a “get,” the religion didn’t recognize the dissolving of their marriage. According to Jewish custom, tradition and the Jewish mandate, they were still married, even after the state recognized the divorce.

The story recently made national headlines when the ex-husband decided to remarry. Under civil law, everything was ok to do this. Under Jewish law, he had two wives. In the eyes of the secular law, the ex-wife was free to remarry. The tenants of her religion didn’t agree, and she would be committing adultery if she re-married.

The legal issues surrounding divorce can be confusing and complicated. While a legal divorce ends a marriage and grants permission to remarry, many times the issues can go deeper.

The help and advise of a competent divorce lawyer could be beneficial in helping you learn if the customs of your religion might conflict with what the state law says is legal.

Related Story
Give a Get to Get a Divorce