Parental kidnapping occurs when a parent relocates their child to another state without the consent of the other parent. According to the US Department of State, there are over 200 child abductions everyday in the US. Typically, the motive for such an abduction is to avoid, override, or otherwise modify a current or pending custody order. New York child abduction cases can easily turn into length legal battles as parental kidnapping in New York is a serious offense that requires a child abduction lawyer to help you fight charges that can result in jail time.

What Are the Applicable Laws?

Before 1968, there was little to no uniformity in state laws pertaining to child custody and interstate child custody was not unheard of. Parental abduction wasn’t considered the crime it is today. In fact, New York child abduction laws just simply did not exist. A mother or father could easily move out of state with the child without serious consequences. Each state and local court asserted its own unique jurisdiction and because of this parents had an incentive to seek more favorable custody arrangements outside their child’s state of residence. The result was a morass of conflicting custody orders, drawn-out legal proceedings, and untold emotional suffering for children. In an attempt to resolve these problems, a coalition of state activists and lawmakers passed The Uniform Child Custody Jurisdiction Act (UCCJA) in their respective legislatures. The reforms specifically addressed the matter of conflicting jurisdictions within the context of child custody by creating four grounds for jurisdiction in child custody cases:

These reforms, though generally effective, were still subject to abuse because of ambiguities in the statutory language as well as enforcement problems. A particular problem arose because the “home state” and “significant connection” standards often applied to two states at the same time, for instance, the child may reside in one state while having a “significant connection” to another. 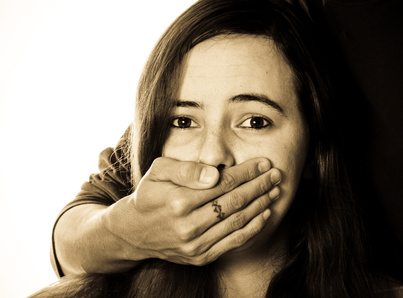 Interstate child abduction poses a serious threat to another parent

In 1980, the US Congress passed the Parental Kidnapping Prevention Act (PKPA) in order to address these state-level shortcomings and disputes. The key reform was to establish the primacy of the “home state” standard in matters of conflicting jurisdiction thus identifying those criteria for parental abduction or parental kidnapping.

Despite these reforms, various enforcement and interpretation issues still existed at the state level. Parental kidnapping in the state was still difficult to prove and enforce. Again, a coalition of state activists and lawmakers adopted the Uniform Child-Custody Jurisdiction and Enforcement Act which, according to the Office of Juvenile Justice and Delinquency Prevention, was: “…intended as an improvement over the UCCJA. It clarifies UCCJA provisions that have received conflicting interpretations in courts across the country, codifies practices that have effectively reduced interstate conflict, conforms jurisdictional standards to those of the Federal Parental Kidnapping Prevention Act (the PKPA) to ensure interstate enforceability of orders, and adds protections for victims of domestic violence who move out of State for safe haven.” NY child abduction and parental kidnapping New York became more of an issue at the forefront of family law reforms. International child abduction lawyers lobbied to create more clear and cohesive direction at the state level for what constitutes parental abduction and what can be done to retrieve the child across state lines. The totality of these reforms has been to discourage parents from relocating children without the consent of the other parent.

If you are a parent with an interest in interstate child custody issues, you should further familiarize yourself with these reforms and consult with a New York attorney who specializes in family law.