Prior to the 1970’s, courts throughout the United States used a legal doctrine known as the “maternal preference” to decide most custody battles. Because this doctrine maintained a presumption in favor the mother, fathers rights activists, and lawyers for rights of fathers citing civil rights violations under the Fourteenth Amendment, fought this legal doctrine and largely succeeded in removing explicit gender-based favoritism from state laws. Despite this achievement, however, the majority of custody arrangements still typically favor the mother in regards to physical custody and parental authority in decision-making. This is not so much the law but precedence, as most advocate for father’s rights can tell you. 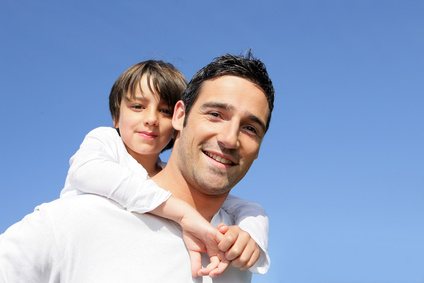 Your fathers rights can and must be protected

This de facto presumption in favor of mothers, in conjunction with the proliferation of no-fault divorce laws, created a situation where mothers could unilaterally dissolve their marriage and obtain sole custody of the children despite the father’s objections. In a divorce the rights of the father are the last things that most courts are looking at. A fathers right child custody cases have historically been acrimonious. Hence why attorneys for fathers rights, therefore, have called for an explicit presumption in favor of 50/50 shared custody unless there is some compelling reason against it. An advocate for fathers rights is oftentimes required to get over the hurdle of discrimination.

The laws in favor of the rights of fathers in New York state were slow to catch up and change. In support of their position, fathers rights attorneys have cited research which suggests that both fathers and mothers make a unique contribution to a child’s development, and that children raised by both parents tend to be at less risk for negative socioeconomic outcomes such as drug abuse and prison. One such researcher is Dr. Craig Hart of Brigham Young University, who says, “…evidence indicates that the single most important factor that is more relevant than family income for diminishing delinquent behavior is the presence of the father in the home.” Your fathers rights lawyer should be prepared to.

Along with state custody guidelines, fathers rights lawyers have targeted what they perceive to be an imbalance in parental cost-sharing. They maintain that child support payments are onerous and structured in a such a way as to financially encourage divorce. They also believe that child support should be less narrowly defined by monetary contributions and that non-monetary forms of child support (food, transportation, housing, etc.) should be permitted under the law.

Recently, father rights NY activists have found themselves fighting on a new legal front, one concerning the relocation of a child. Because relocation will potentially interfere with a father’s visitation and rearing rights, fathers have an available legal recourse to stop the move, even though they are typically denied sole custody of the child.

Fathers who wish to protect their rights during divorce proceedings should obtain legal representation from a top rated NYC family lawyer who has particular experience representing fathers. It also important that they familiarize themselves with their state’s laws on child custody and support. Fathers who make a concerted effort to comply with the laws, in letter and in spirit, stand a better chance of obtaining a favorable decision in court. NYS father’s rights are so much better than they used to be, so don’t think that just because you’re a man you can’t have joint or even full custody of your minor child.

Call Vangorodska Law Firm today. We are available 24/7 to start doing miracles for you.