Rights of Grandparents in New York and Non-parent Visitation

To Whom Does it Apply?

Grandparents rights in New York apply to grandparents and other non-parent relatives (aunts and uncles, stepparents, adoptive parents, etc.) who have a preexisting and substantial relationship with a separated/separating couple’s children. Typically, such relationships are considered to be “substantial” when a strong bond has been formed between the child and their non-parent relative. Non custodial parent rights, grandparents rights and relative visitation can be sticky, at times, but the courts have deemed that there is a profound effect that grandparents and extended family have upon the well-being of a child, therefore making it possible for concerned relatives to be a part of a child’s life as long as it is a safe experience for the child. 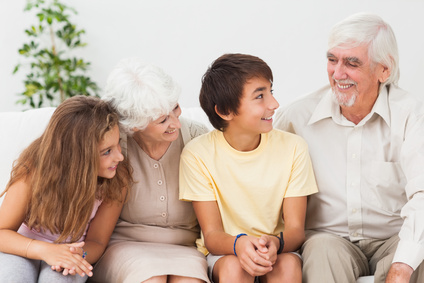 We are making sure grandparents rights are protected

Grandparents rights in New York: how are such cases decided?

The guiding principle which courts use to decide child custody and visitation arrangements is that of the “best interests” doctrine. Simply put, the court will decide custody and visitation based upon what it considers to be in the “best interests” of the child’s overall well-being. Because of the Supreme Court decision in Troxel v. Granville, state courts must operate under the presumption that a “fit parent” will act in the “best interests” of the child, so each parent’s wishes for the child must be given “special weight” in the eyes of the law. Grandparents rights lawyers have petitioned all across the country for changes in process to this and non-custodial parent visitation. Most states have responded to this by creating a “rebuttable presumption” against non-parent visitation when both parents agree that visitation should not be granted. A grandparent or non-parent relative seeking to rebut this presumption must present solid evidence that this presumption does not apply in their case. Grandparents visitation rights in New York are complicated for this reason, in this regard they are similar to non custodial parent visitation in that the agreements are usually worked out in a multi-step facilitation between the custodial parent(s) and the individual seeking visitation.

In many instances, visitation matters will first be referred to a mediator or grandparents rights attorney (essentially, a New York family attorney) who attempts to define the issues and then resolve the dispute between the respective parties. The mediator will attempt to craft an arrangement that minimizes the amount of stress placed on the child. If the mediator cannot successfully facilitate an agreement between parties, then the matter usually proceeds to court where a judge will arbitrate. Grandparents rights in New York are not explicit and therefore usually requires a nuanced approach to seeking visitation with children. At times, it is more than visitation and the grandparent(s) seek custody due to abuse or neglect. In this case, your attorney will work with you and enforcement agencies in an intervention action.