Traditionally, custody battles between parents typically were decided in favor of mothers because of what was known as the “maternal preference” or the “tender years doctrines”. This legal presumption in favor of the mother was based upon the general view that a child’s interests were best served when they were raised by their mother. However, opponents of the maternal preference, mostly fathers rights activists, used research showing that children benefited when both parents were involved in raising them, and over time, this “maternal preference” was removed from the statutory language regulating custody disputes and was replaced instead with a gender-neutral preference towards joint or shared custody. Still, father rights lawyers have maintained that although the law has changed, the enforcement by the courts still favors mothers. This remains to be seen in New York where mothers rights in child custody can seem very whimsical. A mother’s rights attorney must still be on their a-game when entering family court in the state of New York. 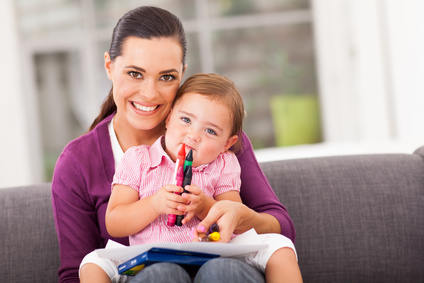 Trust your mother’s rights to the best attorneys

Presently, courts will decide custody arrangements on the basis of the child’s best interests. Often times, this is determined by an examination of each parent’s personal conduct and involvement in the child’s life. Parents who expose their children to unsafe or unsavory environments, for instance, are unlikely to obtain a favorable decision from the court. Also, parents who are not consistently involved in and apprised of their children’s lives will view unfavorably by the court. It is important, therefore, that mothers involve themselves in their children’s lives as soon as possible should a custody battle become a possibility and find a highly skilled mothers rights attorney.

The terms “custody” and “visitation” have somewhat fallen into disfavor and states like Colorado have started using terms like “parenting time” and “decision-making” instead. As previously stated, such matters are decided based upon what is in the child’s best interests. Typically, courts will try to disrupt the child’s life and routine as little as possible while attempting to maintain the equal rights of each parent to spend time with their children and make decisions regarding their child’s education, religion, health care, etc., and because there is a presumption in favor of shared or joint custody, mothers must remain flexible and realistic in crafting a legal strategy. They must be willing to share both the joy and responsibilities of parenting with their former spouse. Often times, this will require a mother to put aside her emotions about the divorce and her spouse, as courts will often look unfavorably upon spouses who are resentful or uncooperative. A mother’s rights in a divorce will always come second to that of the child.

In addition to equality in the courtroom, mothers rights activists have sought equality in the workplace by advocating for Federal fairness laws that provide things like paid family leave and more accommodative scheduling for mothers in the workplace. A common argument in favor of these fairness laws concerns what Ann Crittenden of the European Institute calls the “fertility paradox”. In what she deems “traditional countries”, that is, countries without fairness laws, Crittenden claims that women who have access to education, property rights, and birth control tend to refrain from having children, whereas in countries such as Sweden and France, where, according to Crittenden, they have “the highest rates of working women” and “the most family-friendly workplaces”, birth rates have remained stable. This emphasis on the broader socioeconomic implications of motherhood has been one of the main issues for mothers rights activists outside the courtroom.

If you are experiencing difficulties in your place of employment or in child custody negotiations with your spouse contact an experienced mothers rights attorney today. Vangorodska, a top NY divorce and family lawyer, is on the standby to take your call and start helping you today.