in Children and Divorce, News | by Yulia Vangorodska | No comments 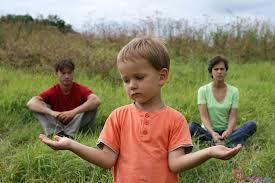 When a married couple decides that they can no longer live together peacefully, they might decide that a divorce is the right way to go. If there are no children involved then it might just be an uncomplicated, quick process, however, if there are children involved the issue may become quite complicated and lengthy process. In many cases, the courtroom becomes a battlefield, and parents are brutally fighting over who will be the custodial parent, and what the role of the non-custodial parent will be. When cases such as these arise, it is at times the judges who need to step in and order evaluations of the family. Evaluations are conducted by experts in fields of psychology, psychiatry, and other mental health professionals. The mental health professional will evaluate the abilities of each parent, how do they maintain their home, how are their parenting skills, how do they interact with their children, and if the child is old enough, they will consider the child’s preferences and feelings. Generally, the recommendations of the experts can be rejected by both parents, and if that is the case, then the judge will have the final say.

There are quite a few custody agreements, and there really isn’t one in particular which will fit every case. There are, however, a couple of basic example child custody agreements that can be settled upon following a divorce.

If parents work together then usually common child custody agreements can be worked out with the courts. The courts are concerned with the education, health, and general welfare of the child. This should also be the parents concern.