For traditional couples who wish to obtain a divorce, the process has been made relatively straightforward and predictable by years of legislative and judicial accommodation, and even though state laws vary somewhat with respect to the minutia of marriage and divorce, the foundation or basis of each state’s respective laws and precedents remain mostly consistent. But for non-traditional couples, they face a great deal of uncertainty and ambiguity due to the legal novelty of their relationship. Because a great many states do not recognize same-sex marriages, obtaining a gay divorce in those states – let alone one that is equitable – can be a serious challenge to non-traditional couples. One of the most recent developments in this area of LGBT divorce law was the Maryland Court of Appeals’ decision to recognize out-of-state same-sex marriages as being worthy of divorce. Many non-traditional couples are hoping that this judicial trend towards equality will continue, but the future is uncertain. 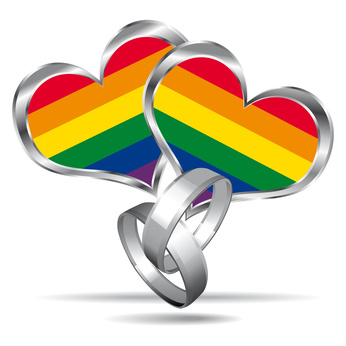 Although non-traditional couples have found support in some state legislatures and judiciaries, there remains a substantial amount of resistance to legally recognizing and normalizing the institution of same-sex marriage. Most of this resistance comes from grassroots movements that oppose same-sex marriage on religious and cultural grounds. Mostly the opponents of same-sex marriage have relied on democratic processes to obstruct accommodative legislatures and courts. The result of this tug-of-war is more uncertainty for non-traditional couples and their families. Here in New York gay and lesbian marriage has been legalized, opening the pathways for gay families to have all the same rights, privileges, and, unfortunately, pitfalls of heterosexual couples. Divorce among same sex couples in New York is now inevitable and therefore the rise of the gay divorce lawyer is imminent.

Although progress has been made in accommodating same-sex marriages and divorces, it has been slow and uncertain. For same-sex couples wishing to obtain a divorce, and for those wishing to be a lesbian and gay divorce attorney it is important they familiarize themselves with their state’s legal view of same-sex marriage. This new practice area of law may not have a plethora of options available for those looking for a divorce in New York between the same sex, specifically either a gay divorce lawyer or a lawyer who specializes in divorce. Like most communities, some individuals feel more comfortable falling back on others the perceive to be “just like them”, a gay or lesbian may look specifically to a gay divorce lawyer or gay divorce attorneys for solutions. However, the newness of the laws creates an environment where experience is rare. It may be that the best lawyer for your divorce is a heterosexual divorce attorney who is skilled in handling divorces of non-traditional families.

Same sex divorce New York is a new sub-practice for the divorce practice area of NYC divorce lawyers. Eventually gay divorces will be de rigueur and all of the “kinks” worked out of the system, but until then your best bet is to find those attorneys who have experience in handling nontraditional family law. Our attorneys have dealt with nontraditional families for years to create positive scenarios for families coming together and separating amicably. Please call us with any questions when looking for an attorney for your gay divorce.