Divorcing? Check Now to See Who Gets Custody of the 401(k)

in Blog, Divorce, Family Law | by Yulia Vangorodska | No comments 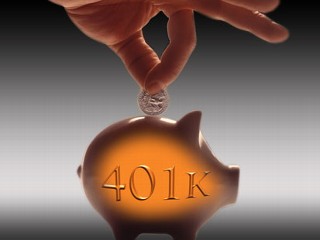 The wealthy telemarketer died suddenly last month. His last will and testament said that his estate was to go to his children and his new wife. Much of his money was in his 401(k) retirement plan. The ultimate recipient of those monies isn’t determined by his will and wishes. The recipient is determined by whose name was scrawled on the designation form years ago. His ex-wife of 22 years got all of his money.

It is a situation that happens frequently but is little-understood. A lifetime of putting money away is determined by what you inked on the document years ago when you designated your beneficiaries. If you haven’t updated the paperwork to reflect changes in life, you possibly will not be able to leave your wealth to the heirs of your choice. Instead, you could be leaving them a financial nightmare.

The executive who died could have asked his ex to sign a waiver and then name his children as the recipients of his 401(k). Since he failed to do that, his ex inherits it. By forgetting to update his forms, the executive basically disinherited his children and left his current wife penniless.

Law professors at Benjamin N. Cardoza School of Law in New York released a study which sheds light on the situation. Most Americans think their retirement will be divided along the lines laid out in their will — as are their other assets. Actually, the beneficiary of retirement savings is normally determined by what is said on beneficiary-designation forms that many people have either forgotten or lost.

With $6.5 trillion in IRAs, the amount of money is huge. Another $5.9 trillion in 401(k)s that may — or may not — go to the intended recipient. If you accidentally leave a former spouse designed as the beneficiary of your 401(k), they will be given the money from the fund, even if your will stipulates that those assets are excluded from the divorce settlement.

Lauren Lindsay, financial planning director at Personal Financial Advisors, worked with an insurance executive who had four children. He had given so much money to one child to help her fund a business that he told all of the children, including her, that it would not be fair to give her more. The insurance executive told Ms. Lindsay that he would be changing the designation forms on his 401(k) so the other three would inherit the money. Before he could get a chance to complete the changes, he was killed in an auto accident. His daughter, the one he had helped financially, was given 25 percent of his retirement assets.

It is past time that firms overhaul the rigid and outdated forms. Until they do, you need to double check how you filled those forms out years ago. A good attorney can help spot any discrepancies between your life now and how you saw it then.