in Divorce | by Yulia Vangorodska | No comments 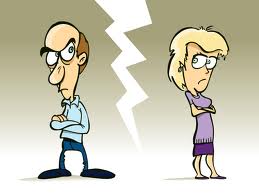 When you decide to file for a divorce in New York, two options are available to you.  You can file for either a fault or a no-fault divorce.

Strangely enough, it wasn’t until a few years ago that a true no-fault divorce was available. Before 2010, you would have had to be legally separated or have evidence that your spouse engaged in marital misconduct.  It wasn’t until the governor at the time, David Paterson, signed a bill into law regarding no-fault divorce.  The essence of this new law stated that as long as the two partners agreed that they didn’t get along anymore (irretrievable breakdown of the marriage), and that there was no chance that they could make it work, they could file for a no-fault divorce.

When to file for a “fault” divorce

If you are seeking to file for divorce in New York and you decide to file for a fault divorce, you will need to ensure that one or more of the following conditions are met.

1)      Cruel or inhuman treatment:  This condition refers to marriages in which physical, verbal, or mental abuse is occurring.

2)      Abandonment: If your spouse has left the marriage for at least 12 months, you can apply for a fault divorce.

3)      Infidelity:  If your spouse engages in an extramarital relationship, you can legally file for a fault divorce.

4)      Incarceration: If your spouse has been incarcerated in a federal or state prison for at least three consecutive years, this qualifies as grounds for a fault divorce.

Filing for a fault divorce requires that the party that is performing the filing must be able to prove to a judge that one of the aforementioned conditions occurred.  The evidence must be obtained by a private investigator or the filing party and must be corroborated by eyewitnesses when possible.

One drawback with the fault divorces in New York is that they usually end up in complicated and drawn-out legal battles.  These cases usually have negative effects on the spouses and children, if they are involved.

When to file for no-fault divorce

If you decide to file for a no-fault divorce, the only requirement is that one or both parties swear under oath, that the marriage has broken down beyond repair for at least half a year.

In the case of a no-fault divorce, the couple must agree on the terms of the divorce before the case is taken to court for a ruling.  All the divorce related issues must be hashed out in meetings between the couple, including the details of the:

4)      Child support terms and paymentsUnderstanding the differences will allow you to file for divorce and have it finalized in much less time.