Give a Get to Get a Divorce If You Are Jewish 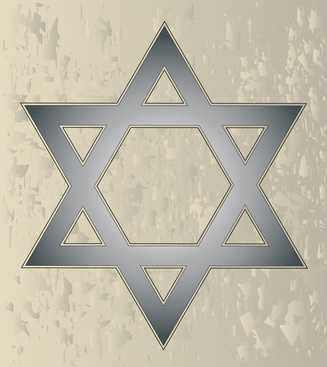 The couple rushed across the lot at the Las Vegas Lakeside Event Center. Avoiding the stares of about 30 protesters who were waiting, Israel Meir Kin and his fiance, Daniela Barbosa were dressed for their wedding in a coat-and-tie and wedding gown. They couldn’t get inside the center quick enough. The group waiting for them was angry. The demonstrators, with the Las Vegas modern Orthodox community, chanted and waved signs denouncing the marriage.

Meri Kin’s offense was one of violating Jewish law. He had failed to give his ex-wife a “get.” Without it, neither of them would free to remarry said one source.

Meri Kin’s wedding has fueled the ongoing and often volatile dispute in the Orthodox community about ordinances dealing with divorce. Everyone present accepted that Meir Kin was at fault by doing precisely what he prevented his ex-wife from accomplishing. Rabbi Yosef Kanefsky said Meri Kin was “…defying the decree regarding polygamy.”

The demonstration was planned by the Organization for the Resolution of Agunot (ORA). ORA describes itself as the only group authorized to address the agunah (Hebrew for “chained wife”) crisis that Meir Kin created locally. If Meir Kin’s ex-wife, Lonna Kin, were to wed again without her husband giving her a get, she might find herself blackballed from the community. The two Kin’s filed for divorce in 2007.

Yaakov Sobel, a student at LA’s Shalhevet High School, held a sign reading, “Shame on you Meir Kin.” Sobel, along with five other students, went to the demonstration on Thursday. Coming with their parents’ blessing, their only purpose was to speak out against the ceremony.

The head of the school, Rabbi Ari Segal, was one of those protesting the wedding. Segal said his students had been studying Jewish laws about marriage and the demonstration was an opportunity for the students to learn.

Participants in the demonstration came from different places. Some came a long distance to say they were not going to “stand for” the wedding. Rabbi Nachum Meth, of the Las Vegas Kollel, was one of the locals who showed up to demonstrate. Meth said a man who refuses to give his wife a get is trying to show psychological power of her.

“It’s the last piece of control that a husband has over his wife,” he said. “He is trying to control her destiny.”

The demonstration, which didn’t disrupt the wedding ceremony was peaceful and the Las Vegas police only had to remind demonstrators a few times to stay out of the street.