Not without the Children

in Children and Divorce, News | by Yulia Vangorodska | No comments 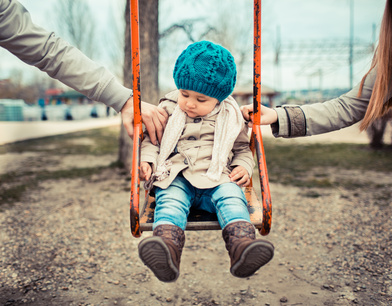 Few court rooms are as emotionally charged as a Family Court where a custody battle is being fought, lost on one side and won on the other; after all where there is a winner there is bound to be the other party who loses. Explaining the procedure to clients in as intricate details as possible assists them in knowing what to expect. Even then, it is bordering impossible to fully prepare clients for the harsh reality which awaits them in a Family Court. The union is over; divorce proceeding has ended at the Supreme Court; the children need to stay with someone; they can’t possibly stay with you; neither can they you! And it goes on and on until the decision is made by the Court for one to have custody and for visitation rights for the other.

Of course the far easier custodial arrangements are the ones that are not contested. Parties would have agreed before hand on how to share their parental responsibilities and how often each can have the children and for how long. Much as this would be perfectly ideal in every case involving children, if only to spare the children involved further emotional roller coaster, certain factors and circumstances which surround the breakdown of relationships do not always leave room for amicable arrangements regarding the cat let alone the children. Unlike some other jurisdiction around the world where it is believed that a child’s place should ordinarily be with the mother, in New York, neither the father nor the mother has a greater right to custody.Consideration is given to the primary caretaker but it does not automatically mean he or she is awarded custody. Either party must therefore evidence to the Family Court why they should have physical and/or legal custody of the kids. In reaching a decision, the Court will focus primarily on the children’s best interests as well as the personal circumstances of either parent. Granting sole custody to the primary caretaker is not uncommon. It is also not uncommon, where the conditions are appropriate for joint custody to be awarded to both parents. Either way, it is best to err abundantly on the side of caution and seek professional, compassionate and effective advice from respectable family law attorneys. Our lawyers understand the pain, heart ache and emotional upheaval associated with divorce and child custody. We are here to help and assist.