Alimony – Get the Spousal Support You’re Entitled To!

Alimony is, to put it mildly, a greatly contested area of family law that requires a hard hitting attorney. A divorce is essentially the dissolving of a legal, physical and spiritual contract between two people. The dissolution of marriage is rarely a smooth, painless experience. There are many consequences of divorce, not least of which are financial. Property settlements, custody of children, child support and alimony should all have final determinations by a judge before the separation can be truly complete.

Inevitably, both spouses will feel the financial strain of divorce. In New York State, if a couple has been married for ten or more years a marriage is considered long term. In cases of the dissolution of long term marriages, several combined factors may result in an entitlement of spousal support, or alimony. 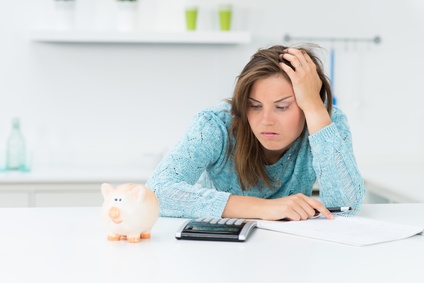 Alimony Lawyers will Get the Compensation that You Need

For the payee, alimony may feel like a punishment for breaking a marriage contract, but it isn’t. The purpose of alimony is to ensure one spouse or the other has the ability to maintain their standard of living and support themselves and the children until such a time when they can do it on their own. In order to determine entitlement and amount of alimony payments, several factors will be taken into account:

The reigning judge has the power of discretion to credit or discredit several factors in the determination of an alimony case.

Alimony is generally ruled upon during the divorce settlement process. If you feel that you should be entitled to alimony payments or anticipate a future need for legal counsel in the family law arena, contact the team Vangorodska Firm 24/7.

Alimony – Not Just for Women

At one time, alimony was meant for women who dedicated their lives to being house wives and mothers. With time and the women’s liberation movement, laws on the books came to be interpreted differently. A new, more gender equality based interpretation of family laws came into play. Today, either spouse can receive spousal support or maintenance payments.

In today’s court, sacrifices of both spouses that were made for the good of the marriage and children are taken into account. According to New York Domestic Relations Laws – Article 13 – Section: 236, alimony may be ordered if:

The judge is granted discretion to rule on any contributing factors he or she deems to be important to the case. The ability of the paying spouse to pay support payments and the ability of the other spouse to support himself is of utmost importance to the court.

Long term marriages where both spouses earned nearly equal amounts of money and contributed equally to the marriage in non-financial ways usually will not result in alimony support orders for either spouse.

Alimony is money paid by one spouse to the other as per a court order obtained during the process of divorce and settlement agreements. The spouse ordered to pay alimony is the one who earned the most money during the marriage and has a higher earning potential than the other spouse after divorce. The dissolution of marriage does not always result in one spouses’ negated responsibilities to the other.

The different types of alimony are:

Permanent alimony is granted in cases where one spouse stayed home for the majority of the marriage in order to manage the domestic responsibilities of having a family. Upon divorce, the recipient is usually at an age where re-educating themselves in order to enter the work place is not practical. Permanent spousal support payments must be made until the payee dies or the recipient re-marries. The payee’s payments do not end when they re-marry. Ask one of the New York family law attorneys at Vangorodska Law Firm about exceptions to ceasing permanent alimony payments in the case of re-marriage.

Rehabilitative alimony is granted when one spouse requires job training or continued education in order to enter the work force successfully. This type of alimony is commonly awarded to stay at home parents. Alimony will continue until such a time when the recipient is able to support themselves.

Temporary alimony is awarded before the divorce is final in cases where there is an acute and urgent need for support. Temporary alimony payment schedules are set for a pre-determined term period. When divorce puts a financial burden that is unmanageable onto one spouse, temporary alimony may be granted. Payments will continue until a time when the recipient is able to support themselves financially.

Reimbursement Spousal Support is granted when one spouse supported the other through college or some sort of betterment program so they could increase their earning potential. The idea behind reimbursement alimony is to compensate the recipient for their financial support during that period.

If you feel you are entitled to alimony payments or are preparing for or in the process of divorce, you need a strong lawyer on your side. Call Yulia Vangorodska. We do miracles.