A New York equitable distribution divorce: What is it?

How is it Applied?

The distribution of marital property is the task of the courts and family law attorneys. Under the equitable distribution doctrine, courts seek to divide and distribute the marital estate based upon what the court perceives to be the most financially “fair” arrangement. Courts are generally instructed to make their determination without regard to marital misconduct or fault, so they will not typically punish or reward either party to the marriage on that basis, however, some courts will factor in any conduct by either party which has served to depreciate the marital estate and the assets thereof in some way, shape, or form; spouses who purposely and maliciously liquidated assets, or engage in activity which serves to depreciate those assets, will generally be viewed unfavorably by the court when it makes its determination as to the apportionment of the marital estate. 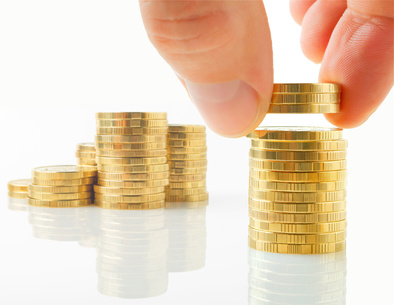 Distribution of assets in divorce

It is also important to remember that courts are empowered in equitable distribution NY proceedings to act in the best interests of the child or children and can set aside an apportionment for their “support, maintenance, education, and general welfare.” Equitable distribution of marital property should be just that: equitable.

When Does it Apply?

New York equitable distribution statutes and formulas can be nuanced by utilizing case law examples in order to achieve a future fairness. Typically, the distribution of marital property is placed in the hands of the courts only in cases where the parties to a marriage contract cannot come to a private agreement as to the distribution of the marital estate. Divorcing couples who wish to avoid the pain and financial burden of prolonged property distribution proceedings therefore should make a sincere effort to come to an equitable arrangement on their own. Attorneys work diligently to uncover any hidden assets or bring to light licenses or highlight assistance towards degrees, new businesses, etc when negotiating distribution New York.

Sometimes this can be a lengthy and tedious process. However, in many instances, an attorney who is experienced in family law can help to facilitate an agreement by serving as an impartial mediator or arbitrator, so it behooves divorcing couples to seek qualified legal counsel before attempting to effectuate such an agreement on their own as the attorney can bring to light relevant statutes or case law. When mediation breaks down, the equitable division of marital property will go to the courts for its calculations regarding divorce equitable distribution.