Samuel Wyly Gets Sued By Ex-Wife 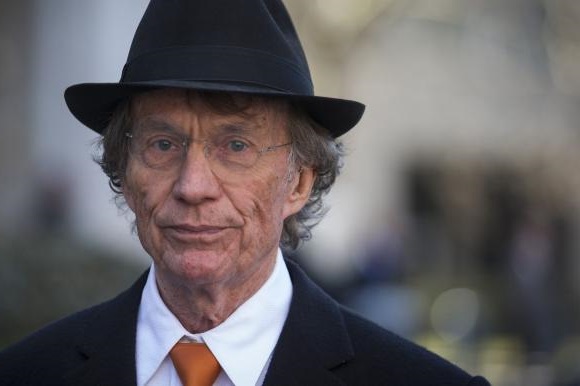 Samuel Wyly, a former billionaire who recently filed for bankruptcy, is now being sued by his ex-wife over claims he’s using Chapter 11 protection to avoid paying $500,000 a year in support obligations.

His wife, Torie Steel, is seeking a court order claiming that Wyly cannot back out of his financial obligations. The application was filed last week. The couple divorced in 1991 and Wyly was unable to make his monthly support payment of $41,666 on October 31.

“This failure to pay confirms that Wyly considers his obligation to Steele as a dischargeable ‘contract’ debt and not a debt for a domestic support obligation,” Steele’s lawyer, Ernest Leonard, said in the complaint.

Wyly and his late brother Charles have already been found guilty of perpetrating an offshore stock-trading fraud that generated approximately $550 million in illegal profits. It is expected that a disgorgement order of around $300 million will be issued in the case. Charles Wyly was killed in an auto accident in 2011. This was a year after the SEC sued the Wyly brothers. Wily filed for bankruptcy last month along with his brother’s widow Caroline Wyly.

A federal judge also froze his cash in a November 5 court filing. Wyly projected nearly $1 million a month personal expenses as compared to the $15,000 limit that had been proposed by the federal judge. It is believed that the SEC slashed his lavish spending because they thought the investor was planning a spree. “Debtors should not assume that they will be allowed to maintain affluent lifestyles during their Chapter 11 proceedings,” the SEC said. “It appears that debtor’s expenses can only go up.”

The SEC is also keen on knowing why Wyly didn’t get his annuity income from four trusts which usually pay him approximately $24 million a year. It seems that the trusts have cited a lack of liquidity as an explanation for not paying Wyly last month.

Under the divorce agreement, Wyly was supposed to pay $4.19 million followed by additional monthly payments. This was in 1991. Steele stated during the filing that two years after that, Wyly agreed to manage $5 million of her money and guaranteed her $500,000 a year in investment income. As per the accord, Wyly was supposed to act as her investment manager and counsellor for the rest of their lives. In 2007, Wyly tried to get out of the deal but his complaint was rejected by the judge.