Three things to consider for a same sex prenuptial and a same sex divorce?

in News, Same Sex Divorce | by Yulia Vangorodska | No comments 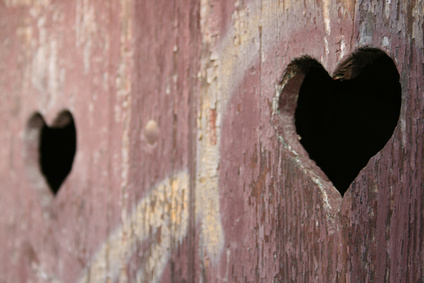 One of the first things same sex couples may want to consider is whether you need a pre-nup or post-nup agreement. Most couples enter into these agreements when one or both have accumulated substantial assets prior to marriage and want to keep all or certain assets separate should they divorce. New York considers assets accumulated during marriage subject to property division when married couples decide to divorce in New York. Assets owned separately prior to or during marriage or inherited or gifted to you are considered separate assets.

However, something else to consider for same sex couples is that the law is unclear in New York whether assets accumulated together prior to marriage can be considered part of your marital assets because one party may argue that those assets should be marital assets. The argument that the laws prevented you from marrying because the laws did not recognize these marriage arrangements at the time you and your significant other were together could work against you and those assets may be considered marital assets should the two of you divorce.

If you consider holding assets jointly prior to marriage, then the assets are owned equally by both of you. If you split up or marry later and then divorce, there will be no legal question as to whether the assets are owned jointly or separate. Also naming your partner as a beneficiary in your will, trust or pension or life insurance policy gives the person the rights to those assets without being married.

To protect your legal rights and your assets before accumulating assets with your partner or deciding to legally marry, many couples decide to retain their own New York family law attorney to find out what the law says and how to protect assets.

Moving to Another State and Then Divorcing

Marriages recognized in New York may not be recognized in other states. So before you decide to move to another state, you should consider what might happen to your assets if you and your partner decide to split up later and divorce.  Your assets may not be recognized as marital if the state you reside in does not recognize same sex marriage from another state or in that state. That means that even though you are considered legally married in New York, you would not be considered legally married in your new state of residency. This can create all sorts of problems because you may not be entitled to spousal support or division of marital assets.

Another way to protect your interests is for you and your partner to consider estate planning including having wills and/or trust, powers of attorney and a guardianship plan if you have children. Also, holding real estate as joint tenants with right of survivorship, establishing joint bank and financial accounts and making health care directives in case one of you is incapacitated. Also consider naming your partner as the beneficiary on your life insurance and pension plans gives them financial security and a legal interest to those assets.You can also gift up to $14,000 a year to your partner tax free whether or not you decide to split up. If you live in a state that recognizes same sex marriage, there is no limit on the gift amount between married couples.  So you can gift as much as you want to your spouse tax free.

Consider Moving to a State that Recognizes Same Sex Marriage

Lastly, before you decide to relocate to another state that does not recognize this marriage arrangement, you might want to reconsider moving somewhere else because if you and your partner split up, you could lose your right to certain assets the two of you have accumulated if they are not held in both your names.